Chomecast vs Amazon Fire Stick, let us have a look at both of them. Both are most popular devices as home entertainment / internet streaming devices.

Both the devices can be plugged into your TV HDMI’s port and then you can use can access to many entertainment applications and through these application you can enjoy various streaming services like Netflix, youtube etc on your TV . You can watch the Movies, TV Shows, Music, Games, Photos.

Not just content from the internet but from your local area network or from your connected devices. Which means you can stream your the content from your phone directly to your TV screen using these both devices.

Mirroring your Smartphone or is also possible using both of the devices and then you can project your computer screen wirelessly to these both devices.

Now when the device have similar features then what are the differences? Here are some key technical differences and difference in some main features. But we have made a comparison in very transparent way, so that you can judge by yourself what exactly is fit for your need and purpose.

Here are Five key comparisons between and Amazon Fire Stick is here;

Chromecast is a native hardware for Android devices, thus screen mirroring and control is much better on Chromecast. Not just android, but iOS also connect seamlessly.

On the other hand some users complaint that Fire Stick’s mirroring feature malfunctions, and the error contantly occurs.

Even if connected Fire TV Stick mirrored screen flickers and freezes. So user needs workaround to fix the problem in order to mirror the screen.

Chromecast doesn’t come with remote, Your phone is in fact the remote of your TV and it might seem weired but this very user friendly and this is the main reason of the popularirty of chromecast over Amazon Fire Stick.

Google Home which is native app in Playstore or iOS makes the connection and control seamless.

What if your smart phone is being charged in another room? You can still use your TV remote to control your chromecast.

However, to watch subscription-based apps like Netflix or Hulu, you’ll need to pay for them separately.

Now the difference here is the pricing. If you are Prime TV member then you get discount on Amazon Fire Stick which is mentioned in price comparison.

There are two models of  Chromecast. HD model and 4K Model. Which cost US $ 35 and US $ 70 Respectively. The Chromecast Ultra which is 4K Model uses HDR Color technology.

On the Other Hand Amazon Firestick Costs for regular device whcih is 1080P HD is US $ 39.99 however as Amazon Prime Members get discount of US $ 25. And its 4K Device with Ultra HD costs USD $49.99

I have tried to make a transparent comparison of both devices, I have used both the devices but I must say Chromecast is Universal. It support various applications.

Now which one to chose is your decision. If you just want to watch high quality video and do online streaming then You can go for anyone one of them. But if you are a tech savvy then try Chromecast because you will be able to do many experiments.

Chromecast vs Amazon Fire Stick both are not similar devices. Chromecast has more features than Amazon’s Fire Stick.

There is another way to use All these apps Using KODI and you can configure KODI on your raspberry PI Device.

Reverse Image Search 2020 learn all about it Web Camera for Zoom Meetings During Lockdown in 2020

The most useful feature of Garmin Wearable : GPX File Reverse Image Search 2020 learn all about it 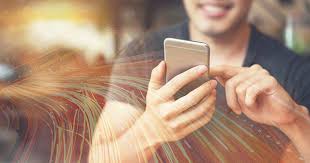 How to use easy surf free WiFi in Philippines?