The Raspberry Pi is most affordable (low-cost) Credit Card Size Computer, first came into market in 2012 and gained popularity within a year.

A computer which costs less than US $ 30/- is can be used not only for personal computing but for any project in Computing and IT world.

If today’s children are focusing on just traditional computing. Tomorrow, they will remain computer operators , because they will not be fit for the digital economy after 2030 where industrial revolution will transform the businesses.

If you don’t switch them to modern computing, or if Educational Institutes fail to introduce robotics, AI, Big Data, IoT and related technologies. Your children will not be fit for this industry.

Give them Raspberry Pi, because this is one of the most important study tools.

My question to the the officials of Schools? Why are you investing in Computer Lab if you can by 100 Raspberry PI for the Cost of One Traditional PC?

Yes, It is true. Today, Raspberry Pi is being used by Many children all over the world, and those countries who are concerned about developing their nation they have introduced Raspberry Pi as a basic tool for their children in primary schools. Similar to what china has been doing for last three decades. Chinese schools have make it necessary to bring Tool box, where children are already carrying Lunch Box , Geometry and Colors Box.

Today is 2020 and Raspberry Pi has already been used in thousands of projects. It is not just a Personal Computer, it can be used to make robots. In fact it is a board which can be used for various projects be it a computer network, a computer server, weather station, a data storage device, a smart TV Box. Most of smart home systems are using raspberry Pi for gateway and sensors too. It can be used in various sensors like gas, smoke, light, humidity, motion, temperature, motion and so on. We can also make media centers, IP Cameras, IP Gateway, Network Monitoring, Car Navigation and etc using this small Computer.

Engineering and Medical Colleges have started introducing Raspberry Pi for many Projects.

Today, Raspberry Pi can do wonders as Cloud Computing and Internet has innovated, and now Big Data and AI based resources are accessible through cloud. 5G will also innovate the cloud computer further.

When it was earlier invented in 2012 in UK, it was thought that it will be only used for Schools, but soon it got the popularity in Commercial Project. Many device manufacturers have started using Raspberry Pi as a main board with arduino which is world’s most popular micro controller.

Combination of Raspberry Pi and Adruino has brought flexibility in Computing and IT Projects.

By 2014, almost 4 million units of Raspberry Pi systems had made their way across the world, including US and UK.

But the original version of the computer system had a smaller memory power and a weak 700 MHz ARM-chip, making it unsuitable for business use. However,  Raspberry Pi 2 was released with powerful features including a 900-quad core MHZ chip and 1GB memory, forcing enterprises to take a second look at the system. It also works with Windows 10 IoT OS.

Today We use Raspberry Pi 4 with below specifications;

Thought, Raspberry Pi is not just for Children but for everyone and every industry. If you are thinking to buy computer for your child, don’t buy Traditional PC, given him Raspberry PI.

“Let your children explore the power of computer and let them make his own robot.”

Main purpose of writing this Article is to encourage parents, teachers, education institutes and students to buy Raspberry PI. Because, traditional computing knowledge will not exist in next two decades.

Read about Industry 4.0, you will realize that today’s child will not be fit for the industry (for business or for job) . Change them today and secure their future.

You can buy Raspberry PI from here.

Above link is an affiliate link. 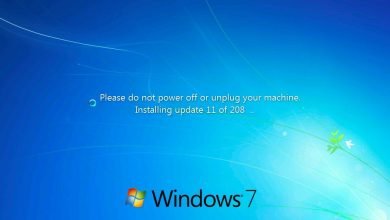