Sophia Robot the first Humaoid Robot invented by Mr. David Hanson. She was first activated on 14th Feb, 2016 by Hanson Robotics which Hong-Kong based Company. Many Fashion Publications covered her and she gained popularity and became an Artist. Moreover, Sophia remained at the top of the magazines in Technology, Art and Fashion.

We heard this many times that Technology will replace the human. I must say it will enhance human. In other words, Emerging technology has improved robotics. Thus, human life can really be improved once Artificial Intelligence is implemented sensibly.

Deep learning made it possible for improved expressions, Sophia is helping humanity today.

Sophia’s face is made with a supple material which is soft and more realistic to human. To make the body neurobiology and biology of human facial expressions is used to improve the mechanical behavior.

Sophia Robot is a tool of science. Her beautiful looks and expressions made her unique and gave warm feeling to many people around the world.

Sophia can simulate all kind of major muscles like human face. Which helps her to generate expressions similar to human like;

Robots come in many shapes and sizes. We must have observed in our daily life the vacuum cleaner , robotics in Manufacturing Automation Industry and Robots for Delivery in Wall Mart and Amazon.

On the other hand, Humanoid robots are those who resemble with human. The major reason was for space exploration, assisting people, education and entertainment, rescue, healthcare and public relation. Sophia is Humanoid Robot.

Covid19 Impact : Humanoid Robot Market Expected To Be Worth $3.9 Billion By 2023

She started its journey from Hong Kong, visited many countries in Technology Festivals.

Sophia visited almost all the countries in the world. She visiting United Arab Emirates she said ” ‘I am expecting to see more robots at Airports”

In an interview Sophia said she wants to start a family, make friends and become famous. She attended many conferences and answered very difficult questions confidently.

during the program at the Future Investment Initiatives, Sophia Robot was officially granted the citizenship in Saudi Arabia in October 2017.

She got the first robotic citizenship, where she has now a passport to carry to travel around the world.

Though, people criticized this move a lot but Tokyo in November 2017 gave residence status to chat-bot. Whereas, European parliament is also thinking about declaring a status of Humanoid as “Electronic Person”

Sophia’s citizenship is now a growing trend to —robotics will have profound consequences for the rest of humanity. So it is need of time.

To conclude, robots are changing our life. What are your thoughts on this? Please give your feedback and comments to help me to improve this article. 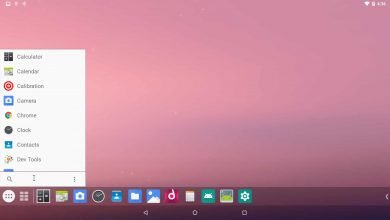